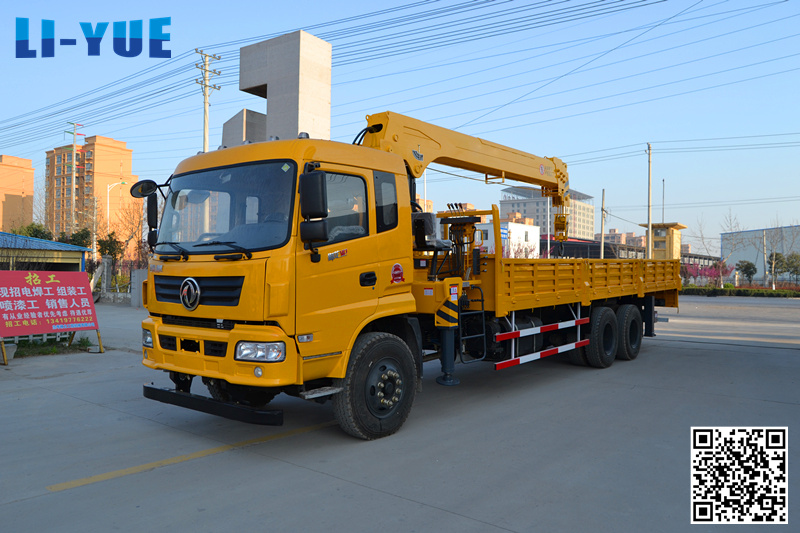 1. Higher efficiency
The folding arm crane is similar to the palm joint of human body, which can perfectly realize all kinds of actions, so it is more flexible and efficient.

2. More efficient in narrow space
The folding boom crane can fold twice, which is more suitable for workshops, warehouses and other relatively narrow or low working places.

3. It can install all kinds of accessories
The folding arm crane is similar to the arm of a robot. It can install various “palms” at the end of the arm, such as high-altitude basket, grab, clamp, pallet fork, breaking hammer, auger and other manipulators.

4. Less container space
As the structure of the folding arm, the folding arm mounted crane can be folded and placed, so that when the vehicle is in use, it can obtain more loading space and increase the utilization rate of the cargo box.

5. Convenient maintenance
The boom telescoping hydraulic cylinder device of the folding boom crane is outside the boom, so it is easy to maintain when there is a problem.

1. The pressure of the hydraulic system of the folding arm crane is higher than that of the straight arm crane.
In order to reduce the pressure of luffing cylinder, the linkage mechanism is often used. The oil pump used in the straight arm truck mounted crane hydraulic system is a gear pump, while the oil pump used in the folding arm truck mounted crane must be a plunger pump with high pressure.

Folding boom crane has advantages and disadvantages. The boom form of the crane can be selected according to the working environment, and the price of different boom crane is different, which is the most important for you.