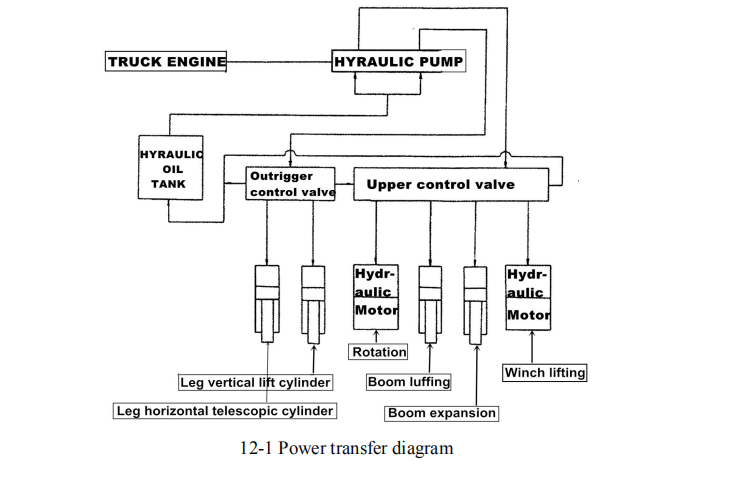 The rotary compound valve provides a stable system pressure, making the rotation more stable. The lower control valve in the alighting hydraulic system has a low-pressure relief valve, which can effectively prevent improper operation, resulting in the bending of the horizontal piston rod of the leg. Pressure night system schematic shown in Figure 12-2.

All of them are hydraulically driven, and their driving force is provided by the automobile’s diesel engine. After the power is taken out by the PTO device, the second gear pump is driven to obtain high pressure oil, which is then distributed by the control valve and flows to the hydraulic motor or hydraulic cylinder for various actions, as shown in Figure 12-1.

Because the hydraulic system uses a compound oil circuit, all actions of the crane can be freely combined.