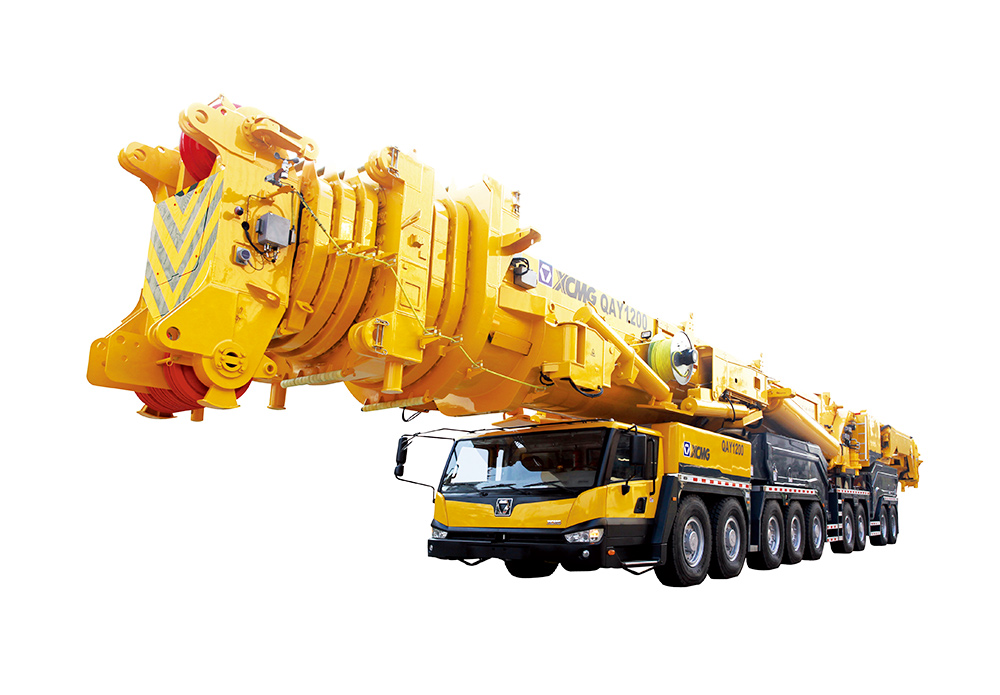 There are two types of automobile cranes with the greatest lifting capacity in the world, namely LTM11200-9.1 produced by Liebherr, a German crane giant, and QAY1200 under XCMG Group, a leader of Chinese construction machinery, with lifting capacity of 1200 tons.

Lifting mechanism is the basic working mechanism of small crane, which is mostly composed of hanging system and winch, and also lifts heavy objects through hydraulic system.

The operating mechanism is used to transport heavy objects vertically and horizontally or to adjust the working position of small cranes. It is generally composed of motors, reducers, brakes and wheels.

Rotary mechanism is used to make the boom rotate. It is composed of driving device and slewing supporting device. Metal structure is the skeleton of small crane. The main load-bearing parts such as bridge, boom and portal frame can be box structure or truss structure, or web structure. Some can be supported by section steel.

The tonnage of the crane refers to the rated lifting weight, the maximum rated lifting weight when the boom is not fully extended. For example, a 12-ton crane means that it can lift 12 tons of weight in the optimum condition, but with the increase of the rotating distance of the weight from the center, the crane’s lifting weight should gradually decrease.